As part of a UK-wide initiative by the Security Industry Authority (SIA), security guards at a nightclub in Leicester underwent mock emergency drills to ensure preparedness in the event of mass casualty scenario. 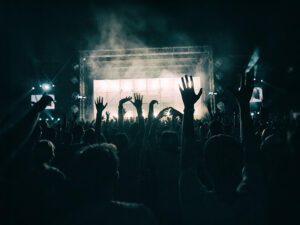 Operation SENTRY is a UK-wide scenario-based exercise program developed by the SIA in agreement with local police forces, NaCTSO, police and local authority licensing teams and private companies in the security industry to develop and offer live role-playing exercises with the fight against terrorism. content. The program was highlighted in the SIA’s interim update on the Manchester Arena investigation in September 2021and was introduced to “provide an environment in which the private security industry can demonstrate the level of training and preparedness of private security personnel in the face of terrorist or mass casualty incidents”.

The training was designed to put into practice the ACT Awareness e-learning modules that officers can take – a free course designed by counter-terrorism experts. The eLearning includes specific exercises that were presented yesterday, including:

The event was intended to build the resilience of Mosh Nightclub staff and allow them to test their emergency plan.

Ronnie Megaughin, Compliance and Inspections Manager, said, “Placing Mosh Nightclub security guards in realistic terrorist scenarios is one of the best ways to prepare them for a real-life incident. Security guards may be the first people on the scene during an incident. Yesterday’s staged terrorist incidents allowed security officers to participate and manage the scenario, then receive an instant debrief from counter-terrorism experts.

“We know from experience that officers and their managers really appreciate what they learn from these events and find them worthwhile. Any of these security guards could find themselves as the first responder to a serious incident, and this drill could literally mean the difference between life and death.

The emergency planning exercise at Mosh Nightclub continues a similar exercise program and follows events in Chesterfield and London in autumn 2021 and in Glasgow in April this year. A pilot event took place in Buxton in Derbyshire in October 2019.