The International Livestock Congress in Houston last week heard about a range of issues, including meat misinformation.

There is no doubt that the global beef industry has been caught off guard in recent years by a series of anti-meat campaigns reporting health concerns, environmental damage and animal welfare concerns.

Farm invasions have occurred in both countries and the ever-emotional Twitter debate has continued on both sides.

Researchers, marketing gurus, industry representatives and a well-known documentary filmmaker all addressed the conference – most of them answering questions about anti-meat campaigns or discussing in their presentations. 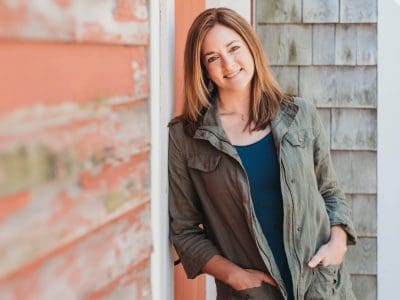 The strongest message on this topic came from the dietitian and director of the 2020 documentary Sacred Cow Diana Rodgers – who said there should be more collaboration from the global beef industry. His documentary champions the health benefits of grass-fed beef.

“I think there needs to be something like a beef levy (levy) dollar that goes into a big fund for content that gives science-based, unbiased information about beef,” Rodgers said.

As Ms Rodgers advocated for the beef industry to spend more money promoting its benefits, she said she should avoid branding pro-meat messaging and bring in experts like dieticians and environmental scientists to do the work.

“If it seems to come from the industry, even when it comes from a ranch, people don’t seem to trust it as much as when it seems independent,” she said.

Ms Rodgers recently completed an interview with controversial podcast host Joe Rogan. Mr Rogan is best known for his COVID talks which led to several celebrities pulling their music from the Spotify streaming service over fears the company was spreading false information.

Nevertheless, the podcast is one of the most popular in the world, gathering more than 10 million listeners. Ms Rodgers said it was a great way to communicate with younger audiences who are more sensitive to anti-meat messages.

“I did a three hour interview with Joe Rogan, it was all about the meat and it was one of the most popular podcasts he’s done,” Ms Rodgers said.

“Part of the conversation, where I talk about Bill Gates, has up to 1 million views and there will be more sound clips from that conversation in the weeks to come.”

The conference was organized by the International Stockman’s Education Foundation, a non-profit organization that facilitates college scholarships through industry funding. (Beef Central will have more on ISEF in the coming weeks)

With dozens of college students and high school students attending the event, it sparks a lot of discussion about the future of livestock industries – which is why anti-meat sentiment was such a talking point. 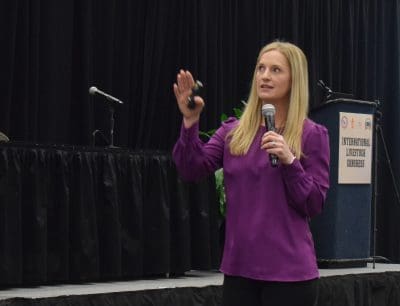 Professor at the University of Colorado Dr. Kim Stackhouse-Lawson leads the university’s AgNext program which studies ways to make the industry more sustainable.

She told the conference that multinational companies were pressuring industry to adopt more sustainable farming methods – through emissions targets and other commitments.

Like most in the industry, Dr. Stackhouse-Lawson believed cattle could thrive under pressure, but she worried that emotional messages would trump hard scientific evidence.

“People are very into sustainability, they get their information from a variety of sources, through social media and the internet, and there’s a lot of confusion,” she said.

“Emotion and science are on equal footing when it comes to sustainability discussions – and emotion wins every time. It’s really hard for someone like me because I have dedicated my professional career to giving the sustainability of farming a scientific basis.

Dr Stackhouse Lawson said when discussing sustainable agriculture with students, it was important to address emotional arguments because they had become so prevalent.

“I’ve never seen the sustainability space change as quickly as it does right now and that’s because it’s complex, multi-faceted and always emotional – society really cares,” he said. she stated.

Beef Central sent a reporter based in Tamworth Eric Barker in Houston, Texas last week to attend the International Livestock Congress and the Houston Livestock Show and Rodeo – the largest livestock show in the world. His reports on both events will appear over the next few days….