By Janon Fisher for Dailymail.Com

A ‘direct pride’ march held outside an abortion clinic in California descended into violence as participants clashed with counter-protesters and police.

The National Straight Pride Coalition billed the event as a celebration of “heterosexuality, masculinity, femininity, babies – born and unborn and hetero western civilisation, our wonderful country and Christianity”.

Founder Don Grundmann promised a calm organized march, telling the Modesto City Council in early August, “We are a peaceful group, we wanted to have a meeting. We are attacked as racists. We are a totally peaceful racist group.

But it quickly escalated into violence, as angry pro-LGBT rights groups clashed with officers deployed to maintain calm at the event. 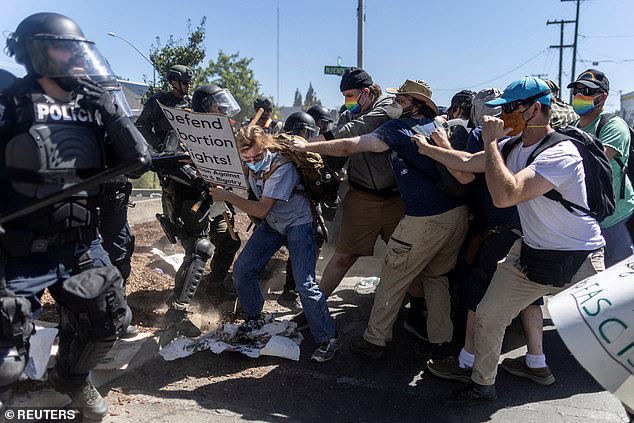 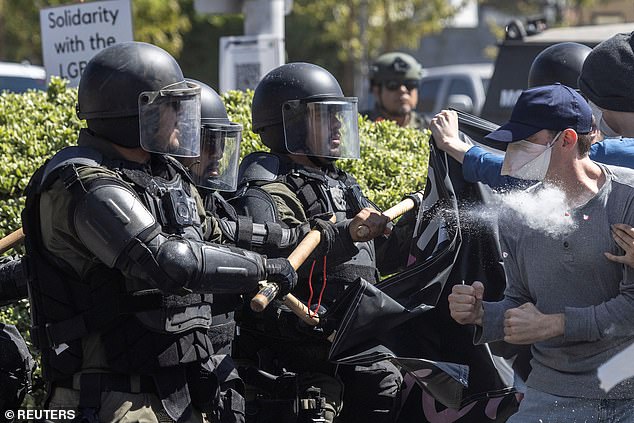 On Saturday morning at the corner of McHenry and West Orangeburg avenues, the group was joined by the friendly right-wing group the Proud Boys, who helped organize the Jan. 6 attack on the Capitol building.

A large contingent of LGBTQ and pro-choice counter-protesters who took offense to the message behind the march also showed up – and violence ensued.

Skirmishes broke out between the groups, with counter-protesters draped in rainbow capes and holding signs reading “Only the struggle won – Women’s rights”, “Fascists not welcome” and “Straight Pride is Hate Pride”.

LGBTQ protesters threw bottles and, in a heated clash, swung signs on sticks at Straight Pride members, pushing them from the clinic into the parking lot of a local Wendy’s. 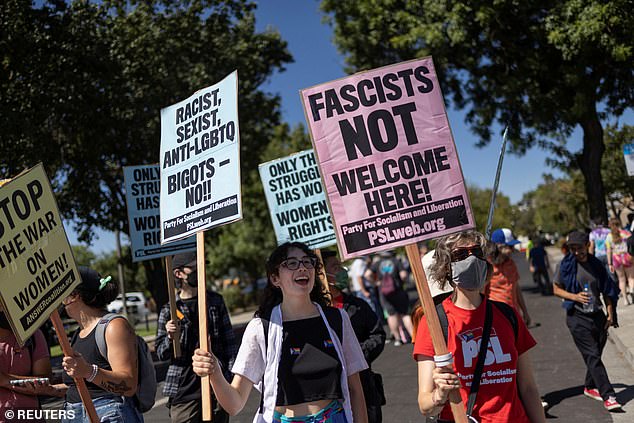 A caravan of LGBTQ counter-protesters came from Sacramento, California to push back against the right-wing group ‘Straight Pride’ 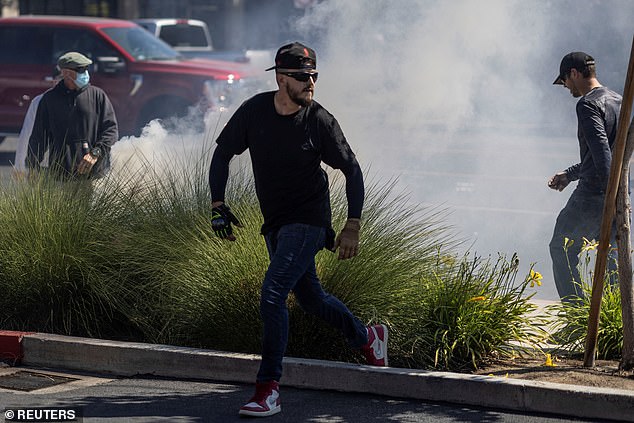 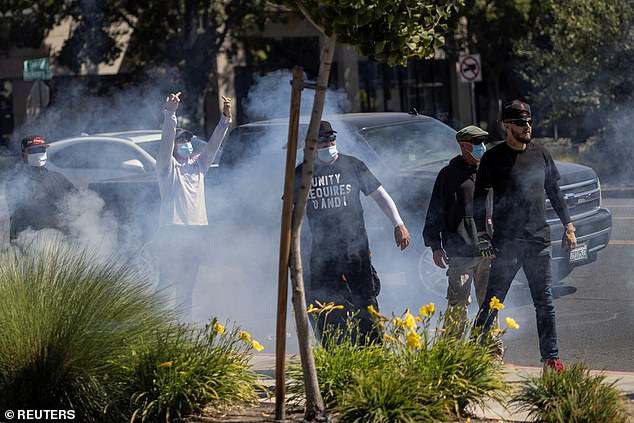 During the march, a flash grenade or firecracker was lit and set a shrub on fire, filling the air with white smoke

A flash grenade or firecracker exploded, igniting the bush near the abortion clinic and filling the air with white smoke.

There was a brief standoff in the Planned Parenthood Clinic parking lot during which a phalanx of police officers ran into a wall of LGBTQ protesters.

Police could be seen pointing shotguns armed with pepperballs – hard plastic projectiles – at the crowd and firing. Authorities led the counter-protesters back to a local parking lot where they split up.

“We have two armies to face when standing up for our rights: we have to face the cops attacking us and we are about to have a second wave of right-wing extremists. We are afraid they will attack us as well,” said Odette Zapata, who came from Sacramento as part of a caravan against the Straight Pride Coalition march. Modest Bee.

Police told the newspaper that three people had been arrested in the violence, two members of the Proud Boys and an LGBTQ counter-protester for non-payment. 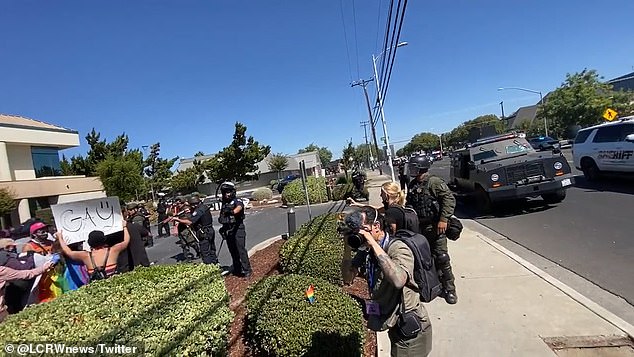 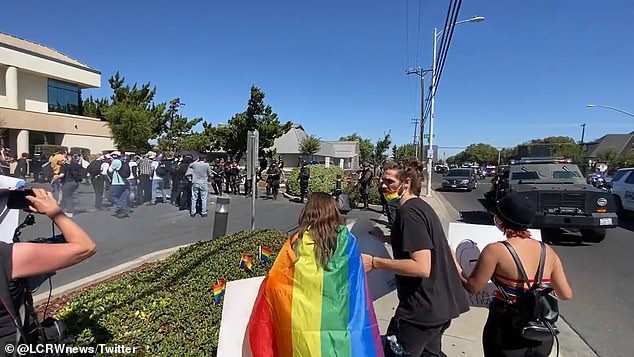 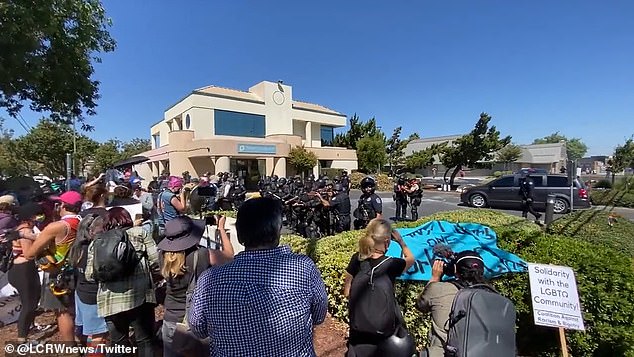