The colonial powers, led by the Turkish occupation, are intensifying their efforts to impose their domination on the peoples of the region.

According to experts and politicians, Turkish interventions are one of the greatest threats to the survival and stability of the peoples of the region, requiring different cooperation from these peoples to confront them, especially in light of the crimes committed by Turkish occupation forces in Syria and Iraq. .

According to Iraqi writer and political analyst Abbas Aziz, the region must now reject ethnic, sectarian, national and partisan differences, especially between Kurds and Arabs who have shared this land for thousands of years.

In a special conference with The ANHA agency, Aziz explained that the need for Kurdish-Arab convergence in the region comes from the fact that Turkish ambitions and expansion have entered a dangerous conjuncture, which is not hidden from anyone after Turkey’s vast military and security incursion. in Syria and the Kurdistan region (Southern Kurdistan); to control the sources of oil and wealth, on the one hand, and on the other hand to curb any Kurdish aspiration to autonomy.

The Iraqi writer called on surrounding and regional Arab states and political party leaders not to deal with the Kurdish issue selectively and not to use the issue for political purposes. They must also be aware that the Kurds are a genuine people, they have historical rights guaranteed by humanitarian standards and international instruments, and Turkey’s arguments to justify its blatant intervention in Iraq and Syria, no one is going to look at it and it’s exposed and it’s not silent.

Aziz warned that if the Arab silence persists, next year, when the Lausanne agreement ends, the region will see a new reality imposed by Turkey occupying other parts of Iraq and the Syria under the pretext of fighting the Kurdistan Workers’ Party PKK 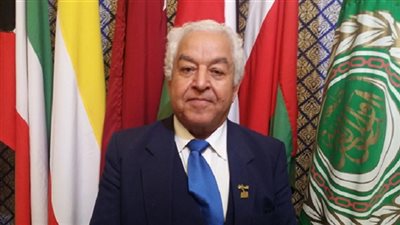 In turn, the Palestinian intellectual Yasser Abu Sido believes that the Arabs, the Kurds and all the peoples of the region have fallen into a trap set by the hostile forces so that they fight among themselves for the forces wanting to exploit them according to the divide and conquer.

Abu Sido explained to the ANHA agency: “Arabs and Kurds have lived for centuries as one people and one nation, and the proof is that the Kurdish leader Salah al-Din al-Ayobi was and remains a symbol of emancipation and leadership in Arab and Islamic countries. declares, even if he is of Kurdish origin”.

“If we look at the Turks, they are not one nation, their roots are different and their ethnic composition is distinct, they are Turks, Kurds, Turkmen and others, and this strengthens the class and the society of Mosaics, which bear elements of disintegration despite the appearance of cohesion.”

According to the Palestinian thinker, Turkey is “based on selling its state services in real time to the United States, Masonic, Zionist and Russian.

On the obstacles to the rapprochement of the peoples of the region, Abou Sido believes that there is a class of servants of the Arabs, Kurds, Druze and other parties working for their own interests, stressing that they are the ones who enshrine the conflict and do not direct and move it in the service of the West.

The Palestinian intellectual pointed out that “there are ongoing movements to restore unity among the peoples of the region and to end the policy of division that obstructs the occupying powers, especially since the movement Fatah at one time included thousands of Kurds, Druze and Christians. »

The Alliance of Kurds and Arabs protects everyone

The Jordanian researcher, Ph.D. Daniela al-Qaraan, also declared during a special interview with the ANHA agency that “the Arab-Kurdish alliance is necessary in the light of the pressures and interventions to which the region is exposed and the policies and interventions of certain States regional in the region.”

According to the researcher, the region in general is experiencing major conflicts, disputes and interventions and countries like Turkey seek to impose their influence and ideology in order to achieve their goals and ambitions of restoring “Ottoman glory”, targeting thus the countries of the region and not taking into account or not respecting their sovereignty, as we see in Syria and Iraq.

The only solution to the Turkish movements in the region was a convergence and an alliance not only between the Kurdish forces but also between the Arab and Kurdish populations of the region, allowing them to form a common front in the face of Turkish ambitions.

She stressed that Arab-Kurdish convergence would not only protect the Kurds from Turkish attacks, but provide the Arabs themselves with future protection against Turkish ambitions, which would not stop at the borders of Syria and Iraq.

The Jordanian researcher warned that the greatest danger is the ideology of the Turkish regime, which considers the areas of the Arab states to be only part of the historic territory of the Ottoman Sultanate which must be restored in accordance with Misak-Milli in which it believes and believes in the validity of Erdogan’s current Turkish regime.