American Lighting sent me 50 feet of their high output Trulux COB light strip to save me from scalloped bulbs under hard, hot kitchen cabinets.

Is it me or have things been getting darker and darker lately? Don’t answer that. The lighting in my own kitchen under cabinet needed an upgrade after over 15 years of exposing my granite countertops to harsh light from fire standby garland bulbs giving 15% light and 85% heat. Guess they doubled as an ersatz heat lamp so I shouldn’t complain. Although they also agnostically “warmed up” all the things below them, including birthday cakes, ice cream, and donuts. Luckily the folks at American Lighting were kind enough to send me 50 feet of their Trulux High output COB light strip to save the day.

The Trulux High Output COB Tape Light arrived in an easy to install Ziploc bag which I opened to reveal the tape light on a spool, various connectors and a quick start guide. The LED transformer is delivered in a foam-coated white cardboard box. Both products seem squarely aimed at the busy installer looking to get the job done quickly with minimal waste. The fact that they help save the planet along the way doesn’t hurt either.

I lowered the old lighting and prepped the surface for the new tape. The strip itself is “self-diffusing” with a phosphor coating covering over 90 tightly interlocking CRI LEDs. The end result is a seamless line, a big departure from the “dots” you’re used to seeing with LED strip lighting. 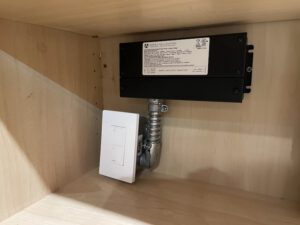 The back of the band is covered with 3M adhesive (you know, the good stuff). I’ve used 3M double sided tape in the past and my experience is that it doesn’t come off (sometimes even when you want it to). I toyed with the idea of ​​installing the light with the included extruded metal channel and frosted diffuser, but the more I read the more convinced I became for once that the easy thing and the right thing was the same this time.

I started unrolling the tape and peeling off the red plastic adhesive to expose the sticky back. The tape went off without a hitch and soon I had installed 10 feet of material in two minutes. Not bad!

Then comes power. The process seemed quite simple as it involved replacing old parts with new ones, 1 to 1. The included transformer requires the circuit breaker to be off and both sides (input and output) wired to their respective terminals. Since the old transformer was wired exactly the same way, installation was a breeze. I was even able to reuse the 2-conductor cable running from the transformer to the first set of LED strip.

I stripped the low voltage 2 conductor cable and connected it to the included adapter. The tape light came with a bare wire adapter attached to one end, so it became the leading edge of the installation. I got to the end of the first 10 foot run and crimped on another adapter and nutted it to the bare wire until the next three foot run. So far, so good. Another three foot strip, and I was done. 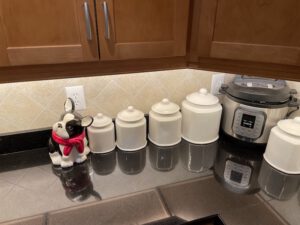 Now the moment of truth has come. I turned the circuit breaker back on and pressed the light switch. A soft warm glow began to emanate from under the cabinets. I was immediately struck by the consistency and stability of the light quality. More hotspots!

American Lighting Trulux High Output COB Tape Lighting does a great job in new and remodel projects. Installation couldn’t have been easier, and we’ll be adding their products to our line card within my integration business. Lighting isn’t cheap at around $200 per spool, but you get what you pay for. Life is too short to live with lousy light quality. Run, don’t walk, to the nearest electricity supplier and get some today!