While Russian President Vladimir Putin has amassed more than 130,000 troops on the Ukrainian border and analysts say there is a threat of full-scale war, the mobilization of Russian troops around the border with Ukraine has been seen in satellite images released by Maxar Technologies. While some of the Russian troops involved in war exercises with neighboring ally Belarus, stationed in districts adjacent to Ukraine, are returning to their bases after completing military exercises, Russia still has a significant concentration of border troops in combat positions.

Meanwhile, the Pentagon also warned in a statement that Russian troop build-up continues and that the threat of Russian military forces launching an offensive using a tactical strategy remains “dangerous but also ambiguous.”

Movement of Russian troops around the Ukrainian border

According to Washington’s own intelligence analysis cited in the Congressional Research Service report, Russian military forces are widely dispersed on or near the Ukrainian border and in the Ukrainian-occupied region of Crimea. But Russian transparency is limited on the prospects of strategic invasion points. The movement of Russian troops along the entire border with Kiev follows a less extensive military build-up compared to March-April 2021 and the Russian Zapad military exercises that were conducted in September 2021.

However, the Russian forces are sufficient in numbers, about 70% of the total needed to launch an invasion. “At any time, Russia could take military action against Ukraine,” US National Security Advisor Jake Sullivan warned in a statement. Russian equipment is transported to the Ukrainian border. Russian military and open-source intelligence experts, including NAC’s Michael Kofman and King’s College’s Rob Lee, claim in their Twitter compilation of footage that this military concentration and movement of equipment and units is primarily directed at the Ukrainian border. 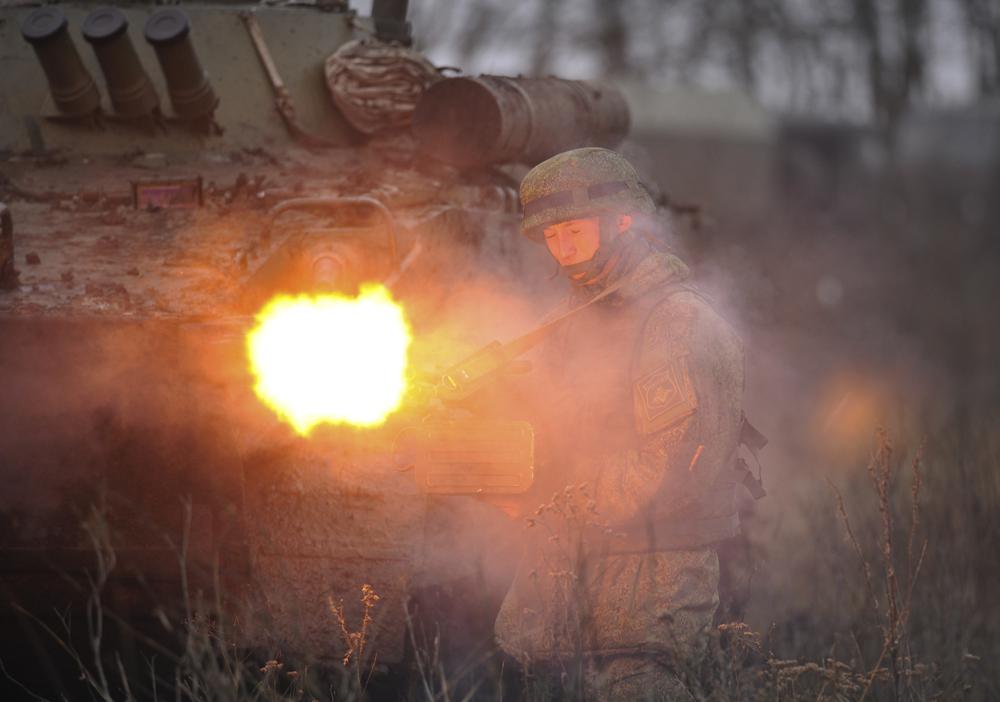 Military equipment is transported by a railway line that runs along the road. Russia continues to strengthen its military presence in Belarus, Crimea and along the border with Ukraine and, in the event of an invasion, it will be integrated air and ground operations, according to the assessment of the practice Forward Defense (FD) from Scowcroft Center. Russia is focusing on the air-to-ground fighter force in the region and its training to provide air support to ground forces. 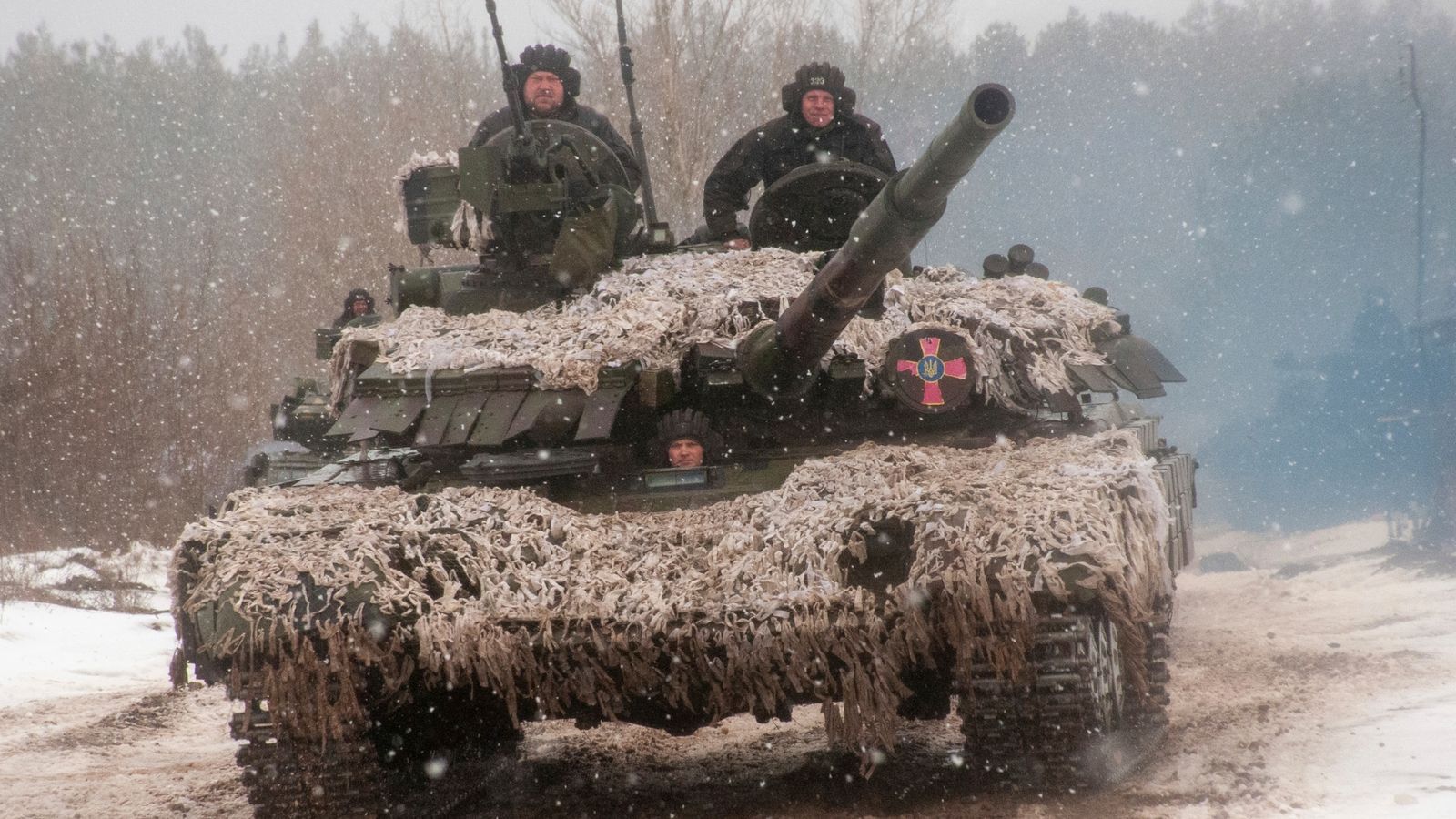 The forces demonstrated their combat readiness with airborne units, artillery fire and army air strikes as they were moved to the Brestsky training ground in Belarus as part of the military war games “Allied Resolve”. Russia has mobilized a squadron of Su-25SM aircraft in the Brest region and two Tu-22M3 bombers (which NATO calls Backfires) near the Ukrainian border.

Ukraine’s ability to counter the threat

The Ukrainian Defense Forces have been mobilized in front positions on the border with Russia and represent a mix of civilian army, reservists, civil society and volunteers, according to the Atlantic Council think tank. Analysts describe the movement of Ukrainian forces to counter Russia as a “watershed” moment for the country since the 2014 Euromaidan revolution. Ukrainian soldiers have a new armed forces command and new defense reform roadmaps to to face the Russian offensive, and military equipment has flowed in from foreign sources of military assistance, but the armament does not include lethal weapons. 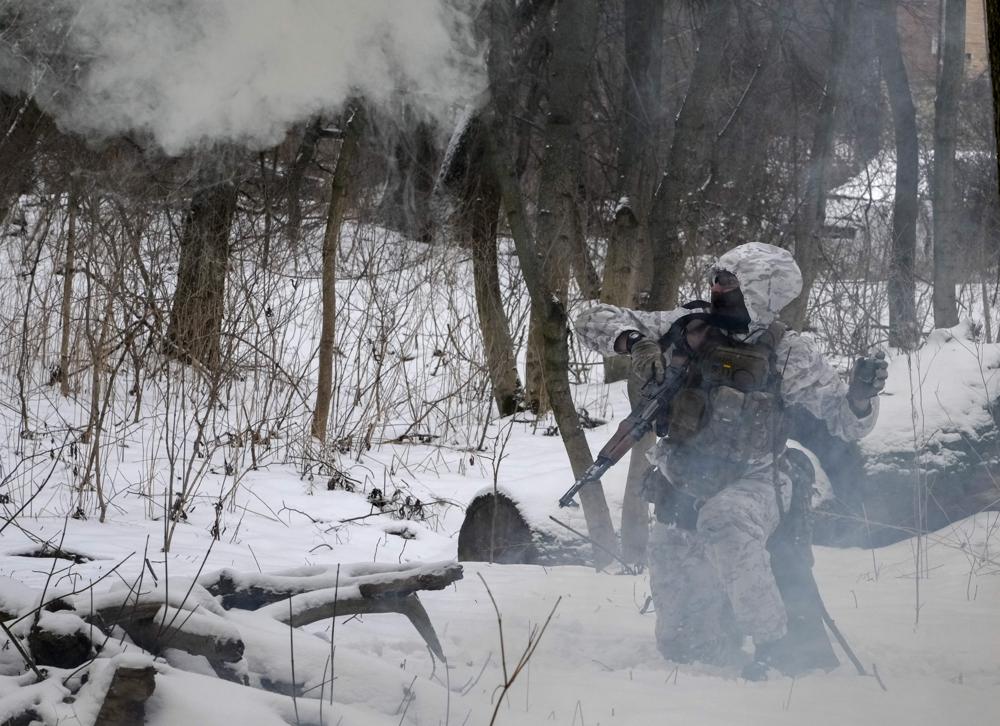 A member of the Ukrainian Territorial Defense Forces, voluntary military units of the Armed Forces, throws a hand grenade during training in a city park in Kyiv, Ukraine. Credit: AP

“Do not doubt, the armed forces are absolutely ready to fight back and will not abandon Ukrainian lands!” Ukrainian Defense Minister Oleksii Reznikov said in a statement. Ukrainian soldiers have improved their defense capabilities, unit coherence and military skills as Russia has stationed hundreds of thousands of troops on the border. 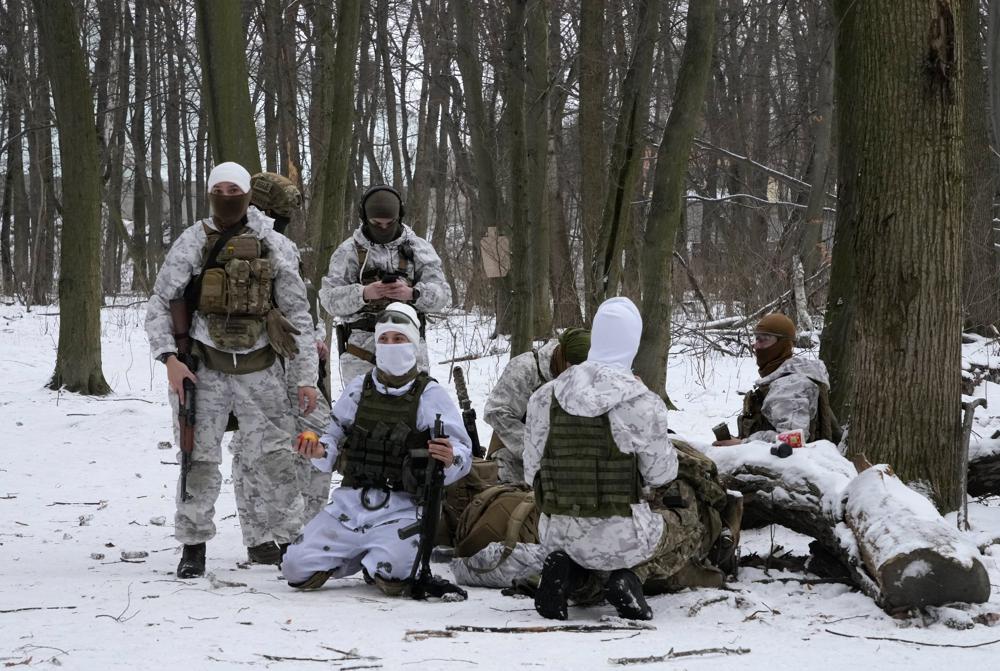